So February was a wash for reading but March will be mine! I have a couple of books I have been wanting to read this month some ARCS, some eBooks and some physical books that have been on my shelf.

A Glimmer of Hope by Steve McHugh 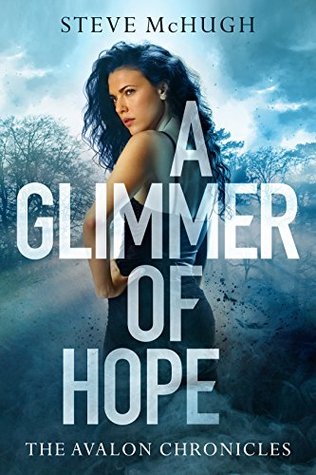 I received this book from Netgalley to review and It sounds really interesting. It comes out April 1st so I want to read and review it for March.

Layla Cassidy has always wanted a normal life, and the chance to put her father’s brutal legacy behind her. And in her final year of university she’s finally found it. Or so she thinks.

But when Layla accidentally activates an ancient scroll, she is bestowed with an incredible, inhuman power. She plunges into a dangerous new world, full of mythical creatures and menace—all while a group of fanatics will stop at nothing to turn her abilities to their cause.

To protect those she loves most, Layla must take control of her new powers…before they destroy her. All is not yet lost—there is a light shining, but Layla must survive long enough to see it. 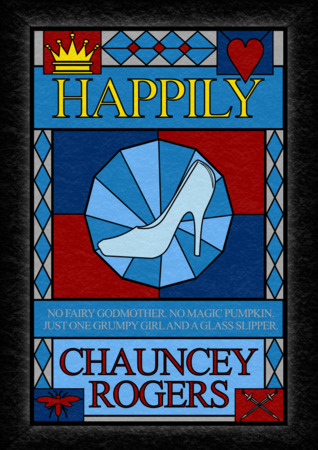 This eBook was given to me by an author to read and review. I love anything inspired by Fairytales so I am looking forward to reading and review this book in March. The book is set to come out April 3rd.

If the shoe fits, wear it.

Laure is a teenage street urchin just trying to get away. Where the rest of the world sees an enchanting love story, Laure sees royal incompetence and an opportunity to exploit it. She’ll have wealth and a way out of a life she detests, if she can only manage to pay off a would-be cloth merchant, outrun the angry bandits, hoodwink the royal family, and survive to tell the tale.

I read the first book in the Duology last year and I LOVED it. I was so excited when this book came out I bought it ASAP despite having a bunch of other books I should be reading before it.

Six months after the end of Wintersong, Liesl is working toward furthering both her brother’s and her own musical careers. Although she is determined to look forward and not behind, life in the world above is not as easy as Liesl had hoped. Her younger brother Josef is cold, distant, and withdrawn, while Liesl can’t forget the austere young man she left beneath the earth, and the music he inspired in her.

When troubling signs arise that the barrier between worlds is crumbling, Liesl must return to the Underground to unravel the mystery of life, death, and the Goblin King—who he was, who he is, and who he will be. What will it take to break the old laws once and for all? What is the true meaning of sacrifice when the fate of the world—or the ones Liesl loves—is in her hands?

A Court of Thorn and Roses by Sarah J. Maas

I bought this book in January after hearing about it from so many sources. I love Fairies and Beauty and the Beast style romances so I am so excited to read this book. I have been trying to get through some other books first but I swear I will read this book in March!

Feyre’s survival rests upon her ability to hunt and kill – the forest where she lives is a cold, bleak place in the long winter months. So when she spots a deer in the forest being pursued by a wolf, she cannot resist fighting it for the flesh. But to do so, she must kill the predator and killing something so precious comes at a price …

Dragged to a magical kingdom for the murder of a faerie, Feyre discovers that her captor, his face obscured by a jewelled mask, is hiding far more than his piercing green eyes would suggest. Feyre’s presence at the court is closely guarded, and as she begins to learn why, her feelings for him turn from hostility to passion and the faerie lands become an even more dangerous place. Feyre must fight to break an ancient curse, or she will lose him forever 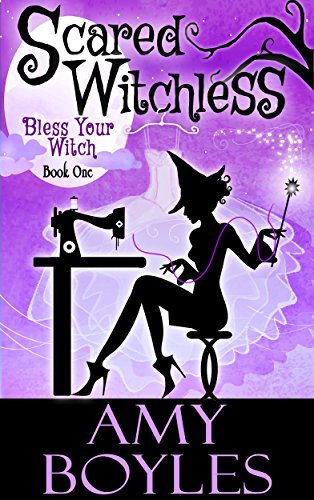 I never knew there was a genre called “Cozy Mystery” and I’m not sure what that means but I realized I really like them. This is a southern Cozy Mystery about a Witch! I got it from amazon unlimited and it sounds really good!

A witch. A murder. A wedding dress?

Dylan Apel is having one heck of a summer. She knows her hand-made clothing is special, but magical? Discovering that she’s a witch is bad enough, but when Dylan realizes there are folks who’ll kill to possess her witchy powers— that’s enough to make a girl want to hide out in the back of her boutique. Only problem is, Queen Witch is in town, itchin’ to make sure Dylan learns to cast spells, and this witch won’t take no for an answer.

Dylan must learn fast—someone just killed her best client with a poisoned gown meant for Dylan. Was it the tall, mysterious hottie in black, who’s suddenly everywhere she goes? After all, the first thing Roman Bane says is he doesn’t like witches. Is he here to save her, or kill her?

Dylan is barely getting a handle on her new powers when she finds herself surrounded by witches bossing her this way and that, local police nosing about, and wary clients—death by clothing is not good for business. And the solstice is coming … a time when witch powers are at their peak. Can Dylan survive the chaos long enough to figure out her new life?

Ace of Shades by Amanda Foodey

When I thought all hope was lost, I was approved a copy of Ace of Shades through Netgalley for review. I am so excited and have heard good things about this book! It is set to come out April 10th so I want to have that review out this month.

“Welcome to the City of Sin, where casino families reign, gangs infest the streets…

and secrets hide in every shadow.

Enne Salta was raised as a proper young lady, and no lady would willingly visit New Reynes, the so-called City of Sin. But when her mother goes missing, Enne must leave her finishing school—and her reputation—behind to follow her mother’s trail to the city where no one survives uncorrupted.

Frightened and alone, her only lead is a name: Levi Glaisyer. Unfortunately, Levi is not the gentleman she expected—he’s a street lord and a con man. Levi is also only one payment away from cleaning up a rapidly unraveling investment scam, so he doesn’t have time to investigate a woman leading a dangerous double life. Enne’s offer of compensation, however, could be the solution to all his problems.

Their search for clues leads them through glamorous casinos, illicit cabarets and into the clutches of a ruthless mafia donna. As Enne unearths an impossible secret about her past, Levi’s enemies catch up to them, ensnaring him in a vicious execution game where the players always lose. To save him, Enne will need to surrender herself to the city…

And she’ll need to play.”

Ideally, I’d like to read a couple more than just these books but we’ll start with these ones.

What book are you most excited to read this month? Let me know in the comments!